The Alliances Françaises in India are among the 900 authorized examination centres for DELF DALF spread over 154 countries across the globe.

The Alliance française of Madras offers two versions of the DELF:

Since January 2021, the DELF PRO is no longer offered by France Education International 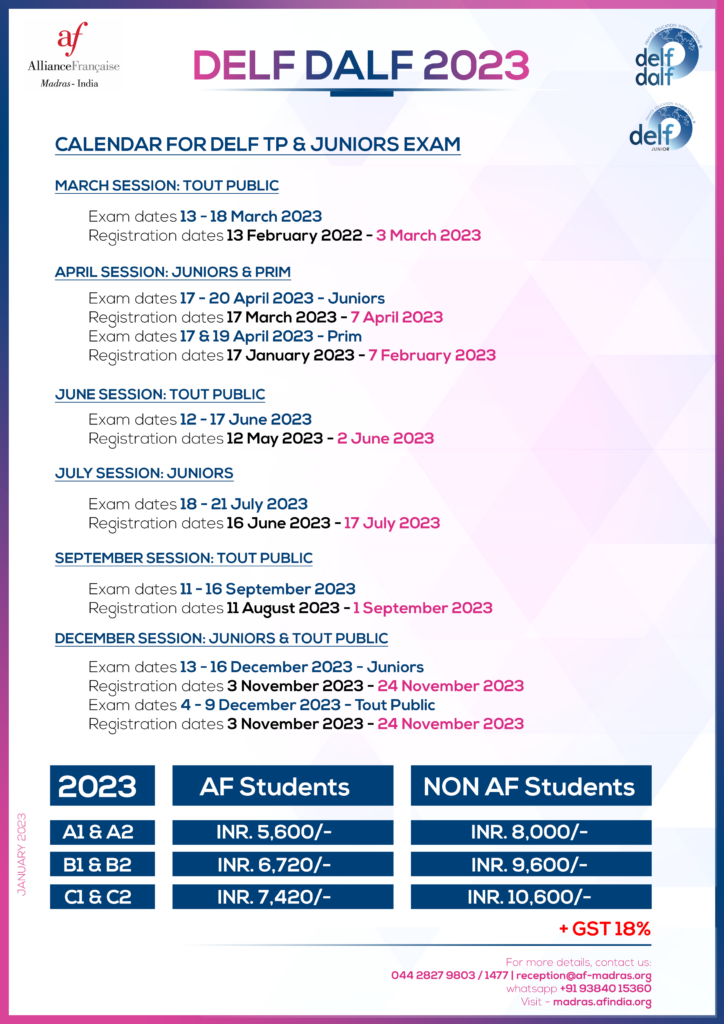 Results of the DELF DALF Sessions: