Alliance Française of Madras & Theatre Arlequin present “The Doctor, In spite of himself” is a French play by Molière. Actual title “Le Médecin malgré lui”

Due to unforeseen circumstances 13th November show has been postponed to 20th November 2021. We sincerely apologize for the inconvenience caused. 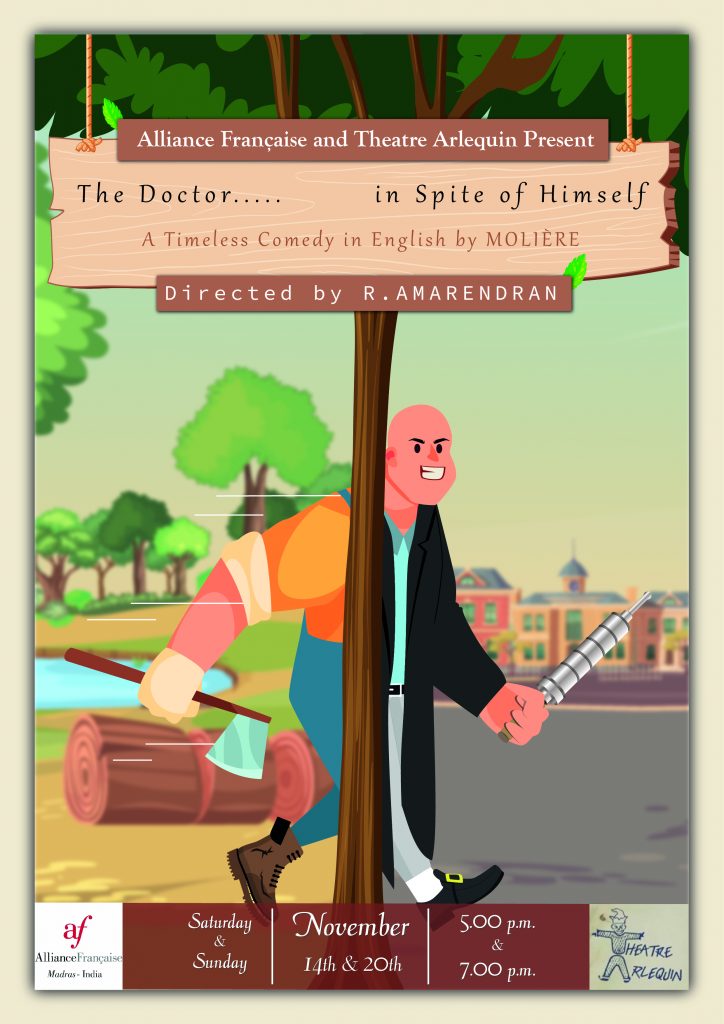 Synopsis: The plot concerns a woodcutter named Sganarelle whose wife traps him into pretending to be a physician for a wealthy gentleman’s daughter. What follows is a series of funny misunderstandings…
Genre: Comedy
Language: English
Free entry and open to all (age 16+)
2 days | 4 shows | Duration: 80 mins
14th Nov at 5 pm and 7 pm
20th Nov. at 5 pm and 7 pm
This play is directed by R. Amarendran, who appeared in feature films (Life of Pi, Kabali…) and has done many French and English plays at Alliance Française of Madras for almost 3 decades.
2021-11-02
Alliance Française Madras
Share !
Previous: Results
Next: Pépites Internationales