Alliance Française of Madras & Theatre Arlequin present “The Doctor, In spite of himself” is a French play by Molière. Actual title “Le Médecin malgré lui”
Synopsis: The plot concerns a woodcutter named Sganarelle whose wife traps him into pretending to be a physician for a wealthy gentleman’s daughter. What follows is a series of funny misunderstandings…

We are proud to announce our latest project in collaboration with French Embassy in India / Ambassade de France en Inde , French Institute in India and Alliances Françaises in India . This web radio project will celebrate World Music Day.
The two-week program will feature a variety of audio shows such as interviews, podcasts, curated playlists, and radio exchanges starting June 7th and ending June 21st, live on boxout.fm
For the last 38 years in France, 21st June is not just the longest day of the year but also the day of the Fête de la Musique (FDLM). Created in France in 1982, FDLM has been taken up by countries all over the world to celebrate a common love for music. Listen to the fantastic and various genre music videos made by the artists from their respective places. 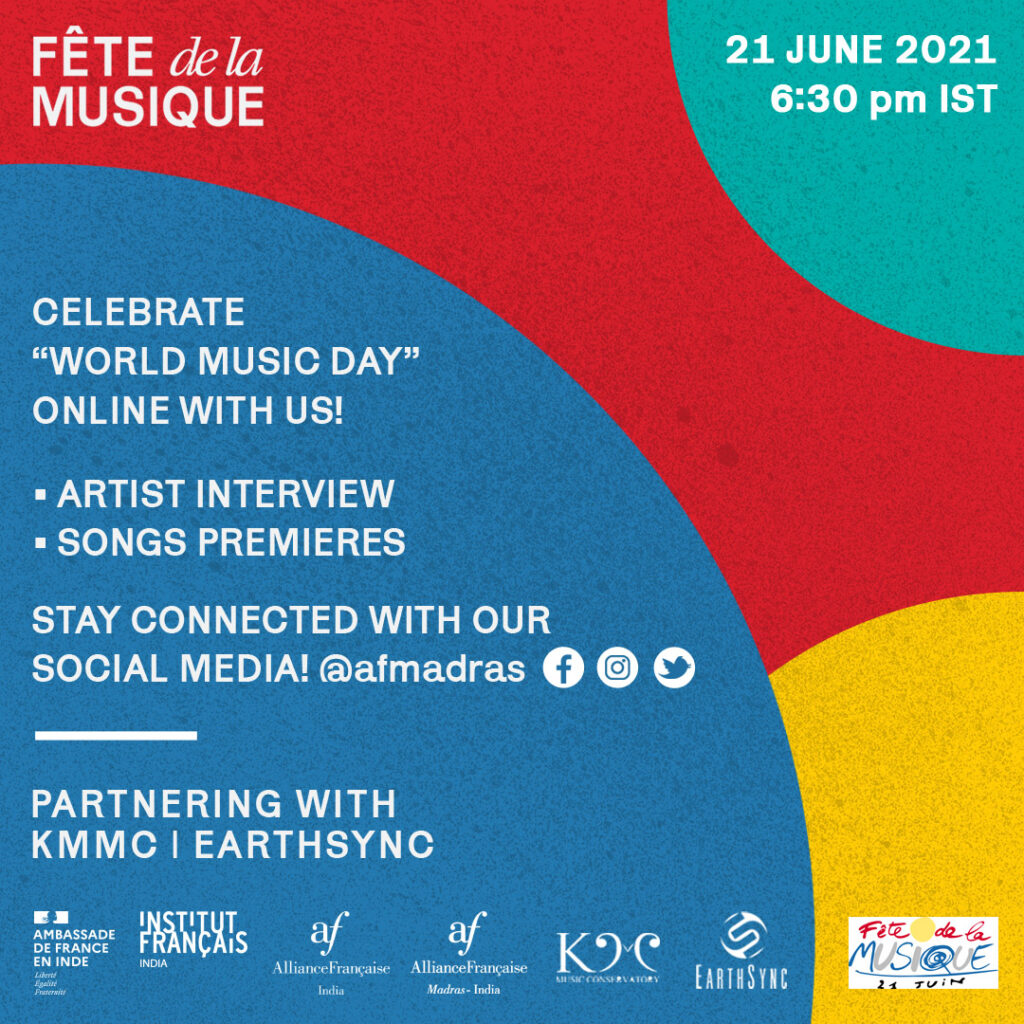