And when she roared the universe quaked – An art exhibition 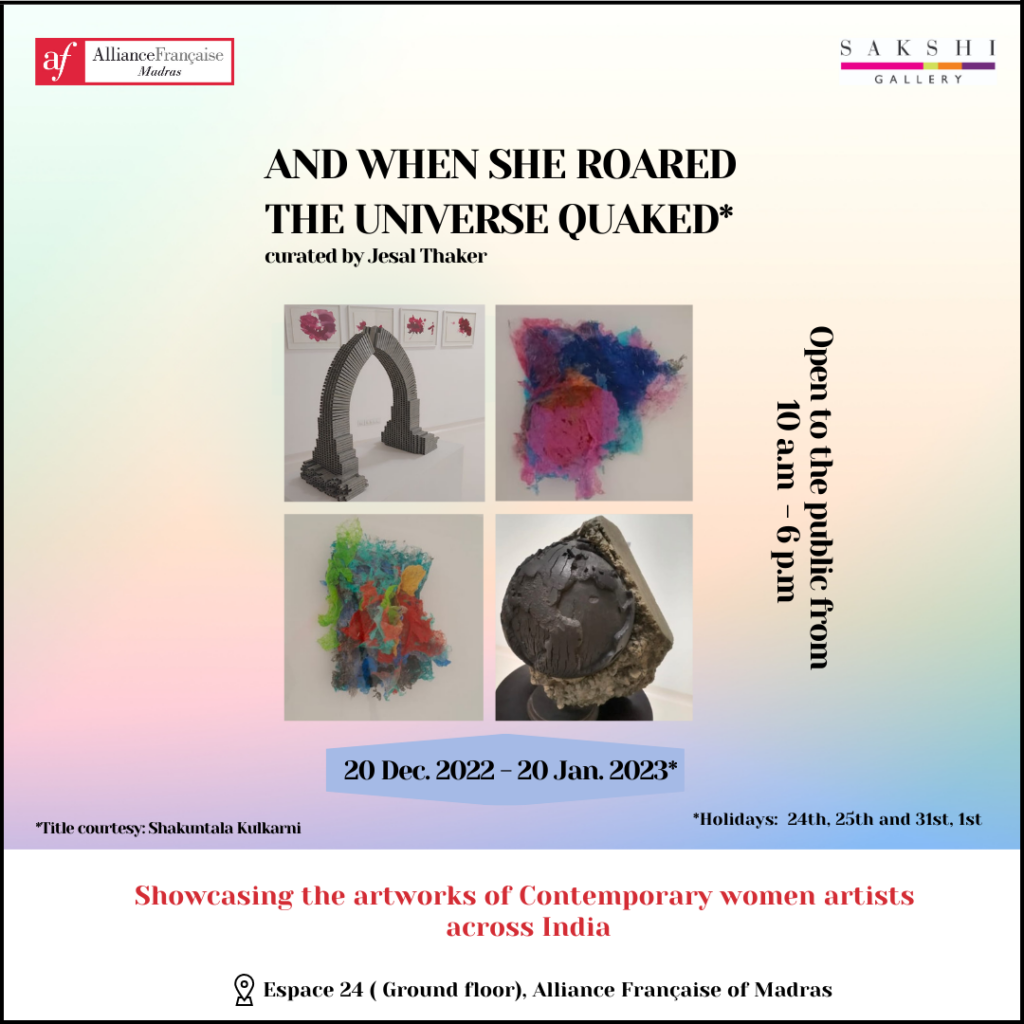 Art exhibition “And when she roared the universe quaked” curated by Jesal Thacker of the Sakshi Gallery and presented by Geetha Mehra. 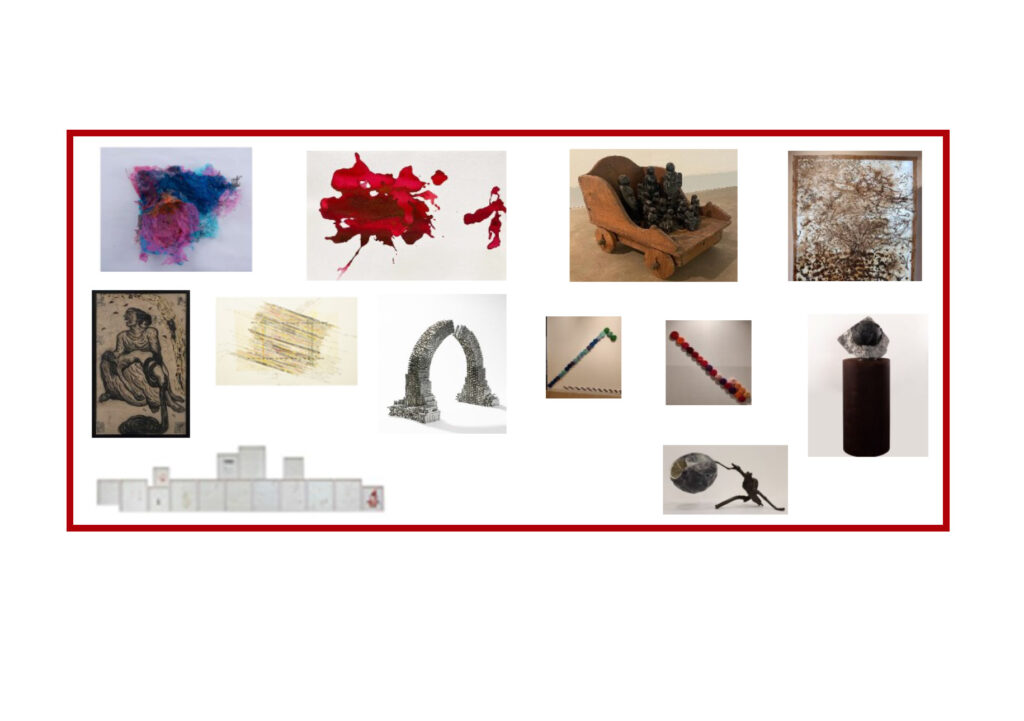 Through Time She Moves is the first part of a trilogy.

That is far and the same is near;

That is within all this and That also is outside all this.

Abstract and unfaltering connectivity between space and time is intuited in the above verse from the Upanishad. Time as a dimension and rhythmicity of space, and space as a continuity of time are variants of their interrelations. Each variant creates a unique sound pattern that echoes between the ethereal and temporal dynamics.

Through Time She Moves, tunes this very metaphysical notation with the innumerable symphonies created by women who have transcended their own limitations, giving form to radical poetics that has defined a cultural history. Be it Kanhopatra, (a 15th century Marathi saint poet), Muddupalani, (1730-1790, a court poetess/devdasi famously known for composing the Radhika Santawanam, Uda Devi (unknown – 1857, a warrior in the Indian Rebellion of 1857, who fought against the British East India Company), Tarabai Shinde (1850-1910, a feminist activist who protested patriarchy and caste), Anandibai Gopalrao Joshi (1865-1887, India’s first women doctor of western medicine alongside Kadambini Ganguly), and Gauri Devi (1925-1991, she led the forest conservation movement, famously called the Chipko movement) – each of these women has contributed to a cultural becoming.

Through Time She Moves, is an ode to this diversity and continuum. As witnessed through the contributions of the many known and unknown women in the field of sociopolitical historiography, the freedom struggle, the feminist movement, literature and art, spirituality, and education – reforming, reviving, and recreating our cultural ethos.

Through Time She Moves, a series of exhibitions traces the practice of sixty contemporary women artists from India, as cartographers of this continuous cultural transition, resistance, and reformation. Conceiving a language that stems from an aspect of traditionalism, poeticism, spiritualism, and/or socialism – and transforms into a contemporaneous language constantly revolutionizing its structure and form.